Just bad…Day started off wondering if my 2 inch incision was healing properly or not. During my shower today the other three stereo strips came off. The four laparoscopic holes are looking good.  It is that darn belly button that had me worried.

The bad news, or is it?  Spoke to my doctors office and they said the incision is healing just fine and this is all expected.  They will not release me to go back to work until next week.  She said that they have my best interest in mind.  I know they do, I just worry financially and I know I shouldn’t everything will be fine.  If I am lucky I will return on the 10th of October after my 7th appointment. I am doing good overall, I ate to much at dinner and was very, very uncomfortable for over 40 minutes. I guess I will slow down and chew, chew my food.

I got out of the house and rode with my Dad today.  It was a nice ride to Weaverville to get a pool permit. We had a chance to just talk about stuff.

I weighed in at 296.8 pounds today. I ate part of one scrambled egg for breakfast. I had a couple of pieces of jerky chunks for lunch. Then had left over taco dip that Brittany made. I made a protein drink this afternoon and it was not to bad, it was chocolate.  Spoke to Sharon with California Pacific Medical Center today and we discussed all sorts of things.  Overall sounds like I am doing pretty good on my food and water. I need to try and get more protein in for the day.  I should be averaging 60-80 grams a day.

I will give a weight loss surgery updated every Tuesday. That will be on the week mark since surgery.  I weighed in at 297.2 this morning. I have been doing pretty good. I am eating fine (well small amounts) and drinking my water. I am trying to get my water in more then food.

I am a little antsy in the pantsy right now. I am bored at home and ready to go back to work. Once my wounds heal I will think about going back. I am going to go ride with Dad tomorrow to get out and see how things go.

Sort of a disappointing morning. I weighed in and I was only 299.0 pounds. That is only a .6 loss, I guess I expect more.  I have emailed Barb to ask her if this is normal.  I was told normal average loss is about 1 pound a day. I guess this is pretty close just expected more.

Tammy, Adriana, and I went for a walk this morning.  We went to the Sundial Bridge and walked for 30 minutes.  It was very nice outside and was a beautiful walk. My back hurts a lot, but that will subside in a few weeks.  I fed the baby this morning and I enjoy doing that.  Helped Tammy (wife) cut some veggies up for her bunko party tonight.  I am going to list some things I have been eating for future knowledge and/or recollection.

I am up to 3 teaspoons before feeling overwhelmed.  My incisions are healing slowly but surely.  Can not wait to be able to go swimming.  Dad has finished his new pool and it is a work of art.

Good morning doing good overall. I had a couple of days of fatigue and was getting concerned.  I am doing better now and am sipping my fluid, I am getting at least 1 liter in a day.  As of this morning I am down to 299.6 pounds for a total of 25.9 pounds.  I have slowed to about 1 to 2 pounds a day.  This is what the doctors wanted to happen about a pound a day.  I want to wait for my incisions to heal before going back to work.  I may call Dad and see if he needs company for a day just to get out of the house and see how I do.

I have been living off of tuna, egg salad, and beef jerky. I am eating 3 teaspoon of food now, where before it was 1-2 teaspoons.

Slept okay last night for my first night home. I woke up and went straight for the kitchen and made 3 eggs, 2 pieces of toast and some spam.  During this cooking process my wife woke up and came out to ask what I was doing.  I told her I was making me something to eat.  She said Jeff you can’t eat that or you will get sick.  It dawned on me she was right and stood there wondering what in the world I was doing.  First mind trip from the weight loss surgery.  Funny how your mind is the one telling you to eat because I was not and don’t get hungry after vertical sleeve gastrectomy.  They took out a little over 80% of my stomach and they say the part they took out is the part that has the hormones that tell your brain your hungry.

Instead I went in and had a bowel movement.  Weighted myself and I am at 314 pounds.  That is 11 pounds down just a short of a week from surgery.  I had 6 baby spoon bites of egg salad my wife made. I am taking my pills slowly over time.

Update on how I am doing today. I am not doing bad with the pain, the area where the biopsy took place still gives me fits but getting better. I am back on all my prescribed heart medications. Today is the first day I took the Lasix and have felt drained all day and get dizzy when getting up.  I had that a little before but it is very noticeable today.  Mind: Well my mind has been good today. Not to much thinking about food which was nice.

I ate with one of my daughters baby spoons.  It takes approx 5 of those to equal one teaspoon. I am eating about 5-6 baby spoons full right now.

Before and after weight loss surgery updates: I have had a very successful weight loss surgery up to this point.  I had vertical sleeve gastrectomy (VG) surgery on Tuesday, August 30, 2005 0900.  Had to check myself in on Monday for heart precautions.  I admitted myself at 0800 and had a right heart catheter put in at 1030 by my cardiologist took 30 minutes. That went extremely well considering the last one I had it took them 2 hours and 4 doctors. Then I went to CCU (coronary care unit) for the rest of the day.  Bowel prep started at 1640 and boy oh boy by 1830 I was sitting all night. I consider myself lucky because they thought they were going to putting a balloon pump in and that would have meant I lay there for bowel prep would not have been good.

I then went into weight loss surgery at 0715 on Tuesday and Dr. John Rabkin performed surgery at 0900 (so I was told) and out of surgery at 0959.  All early detections were that it was a success.  In my wife’s mind when I got up to ICU (intensive care unit) and said something to her she was happy.  Quit frankly, I do not remember a damn thing from surgery until the next day. Due to my heart condition I did not get out of bed that night.  I remember seeing some key people on Tuesday. My WIFE, Dr. John Rabkin, and Barbara Metcalf.  I was told I held conversations with these people, sorry but do not recall talking.  Let’s be honest here about the pain.  I was not in much pain on Tuesday, mainly because I do not remember much of it.  Now Wednesday, started off okay.  Then I played macho man and did not use my PCA (patient-controlled analgesia) nearly enough. The pain at one point was pretty severe. They asked me on a scale of 1-10 how much?  My wife looked at the chart that California Pacific Medical Center provided that showed pain levels.  She said well it is obvious he is a 10 he is crying.  So they doped me up and provided extra pain medication. That did the trick, my pain was tolerable, and of course the side effect is that I slept most of the day, but that was okay with me.  Wednesday night, actually I think it was Thursday early morning.  I told my nurse I wanted my follie out.  So we took care of that and with in an hour I also got up and went to the bathroom the nurses were thrilled about that.  Thursday was a catch up day for me on what happened the two days before. I also had my first meal, well if you call a Popsicle a meal then yes my first meal.

I was released Friday and finally made it home.  I have some pain don’t get me wrong however it is not bad at all.  I think the biopsy they did on my liver hurts more than my wounds.  Speaking of wounds, I have 4 lap holes and one 2 inch incision on my belly button.  Eating is so different, my mind is going crazy. My 9 month old daughter eats more than me.  As a matter of fact I am using her baby spoon to eat.  So it feels like I am eating more instead of 2 bites from a teaspoon. I get approx 5-6 baby spoon bites. Fluids, well fluids have been interesting. I take my sips, sips, sips (like you said Barb). After 1 to 2 sips I have to stop and wait. Then within a minute or two I have this throw up sensation, but all it is, is a little air bubble.

Take what I write here as just another example of the way people take weight loss surgeries.  Remember I had extra precautionary measures being taken due to my heart condition. I look forward to keeping everyone updated as the days and weeks go by.

Good morning all:  Today is day 3 post op. I am sore but overall in good spirits. Tuesday is but a blur to me.  I Remember seeing certain people but do not recall talking to them. Tuesday was a the day of sleeping so was Wednesday for the most part. I was on a patient-controlled analgesia (morphine drip) Tuesday and Wednesday.  According to the nurses I did not use enough.  Gee anymore and I would be telling them all my secrets.  With any luck I will be out of here today Saturday for sure.  Being sore is expected, but does not constitute staying around this long weekend. I will have a lot to tell later but wanted to get a quick howdy out.

Talk to you guys later.

This was sent from my Blackberry while in my bed in the hospital. 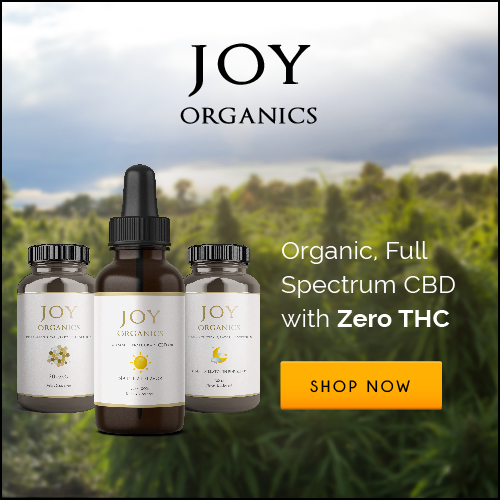